Things We Can Learn from Gladwell’s David and Goliath 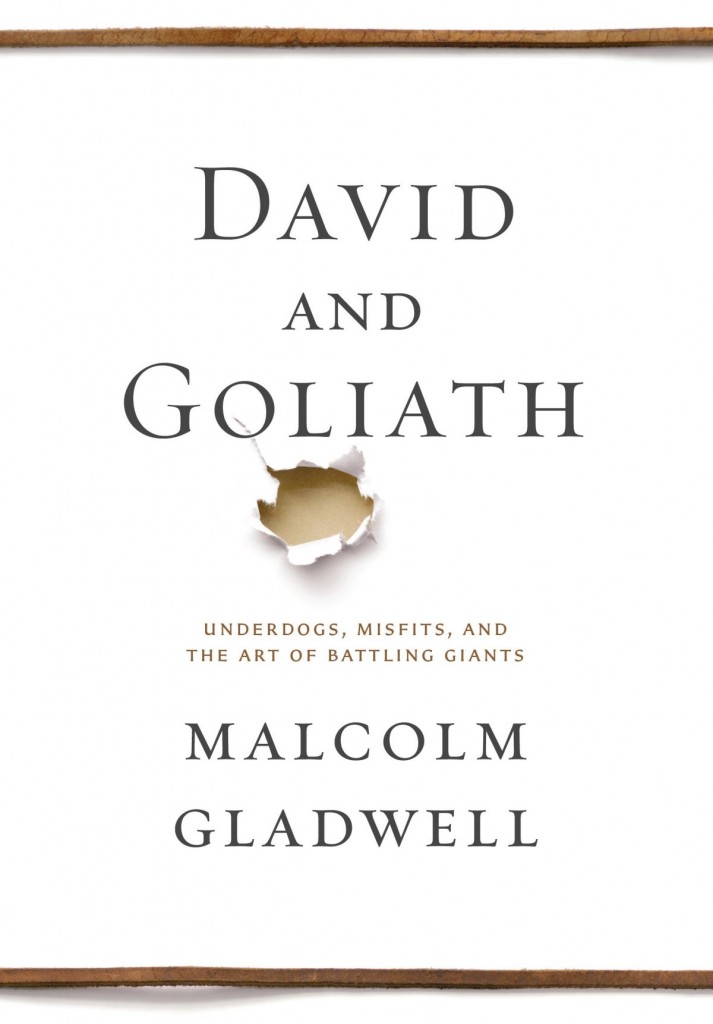 Friday, November 22nd marks the 50th anniversary of the John F. Kennedy assassination. It is a sad day in U.S. history, but many (including our friends in Dallas) are choosing to commemorate what was meaningful about his life. JFK was a giant among men, but many forget that he was also an underdog. Malcolm Gladwell recently wrote a compelling book, David and Goliath, about this very topic – the giants and underdogs among us. He did not reference JFK specifically, but did note that many giants in industry and politics were once underdogs. He hypothesized that many turn a difficulty in their youth – e.g. illness, learning difficulties, or the death of a parent – ultimately into a strength. It is not widely known that despite having a privileged upbringing, JFK endured many physical challenges surrounding his back pain and Addison’s disease; in fact, he was given last rites at least four times in his short life. Historians theorize that this struggle with constant pain and seemingly endless medical treatments instilled him with a metaphorical spine – one that withstood the ultimate challenges of his time.

In David and Goliath, Malcolm Gladwell challenges the reader to think differently about the biblical tale of David and Goliath. He has three main points that are relevant for us to consider in the social sector:

Alluding to the lesson of David and Goliath, Gladwell artfully opines that “[w]hat we consider valuable in our world arises out of these kinds of lopsided conflicts, because the act of facing overwhelming odds produces greatness and beauty.” He has produced a compelling book that challenges many of the assumptions we make about what makes individuals (or their solutions) successful. Heroes can come from any direction and arise under any set of circumstances. As we celebrate the greatness and beauty of JFK’s Camelot on Friday, let’s also elevate our thinking and rededicate ourselves to real action that improves the circumstances of all.