Earlier this year, we considered whether social impact bonds (SIBs), also known as pay-for-success contracts (PFSs), are a viable form of financing for your nonprofit organization. SIBs are a form of financing where the government pays only if a social intervention achieves results. With state and local governments facing constrained budgets and nonprofit service providers under pressure to deliver results, SIB activity has been rapidly on the rise in the U.S.; in fact, we could see results from one particular SIB demonstration in Utah as early as next fall. Check the graphic below to discover if your state has SIB activity. For more detailed information on SIBs and which states are working with them, please refer to our latest report. 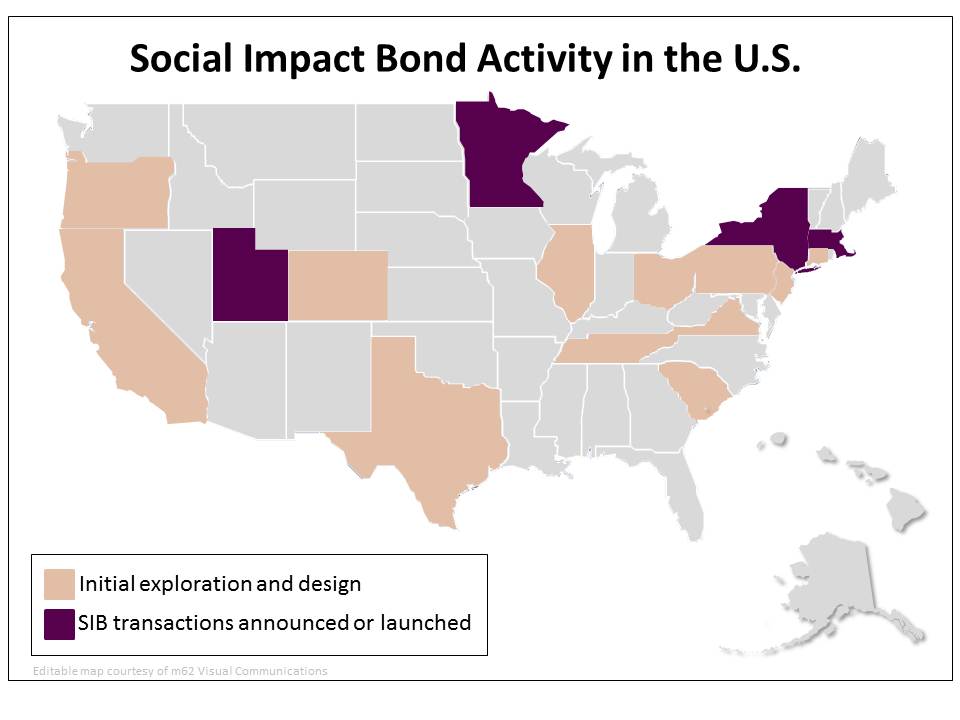 Here are some of the exciting developments now moving SIBs from theory to practice:

The excitement surrounding SIBs is infectious, and the ecosystem to support their success is promising. However, this model is still unproven, so state and local governments should proceed with caution. With numerous SIB projects launching across the country (and around the world), the results should start coming in during the next year or two. The best bet may be to monitor their progress, analyze the data, and capitalize on the resulting lessons to avoid costly missteps as we go forward.

We want to hear your analysis of SIB activity in the U.S. and welcome your feedback.