The 50th Anniversary of the Civil Rights Act 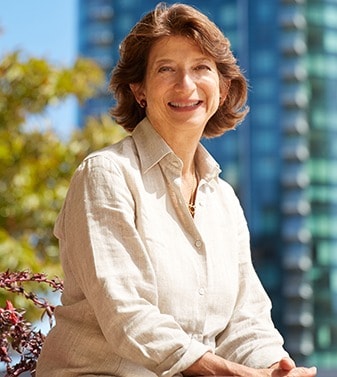 We are excited to be sharing a wonderful piece by our friend and TrendSpotter, Carla Javits, President and CEO of REDF. She has a lot to contribute as a leader in the social enterprise movement, but also had a birdseye view as daughter of NY Senator Jacob Javits. We are honored to share this tribute and reflection on such an important political moment in American history.

50 years ago today President Johnson signed the most significant civil rights legislation to be enacted in modern US history. The Civil Rights Act of 1964 was both the realization of a vision and Dr. King’s dream of a nation where we would all be ‘measured by the content of our character.’ The Act protected voting rights, outlawed racial and sex discrimination in accommodations and employment, and established the Equal Employment Opportunity Commission (EEOC). It signaled what our society believed was right and wrong, and offered a way to enforce those values.

There are at least three good reasons to look back at this important time in our history: to understand the courageous and hard work that resulted in historic change; to see that this was accomplished by regular people working side by side with elected officials; and to comprehend both how far we have come, and the stubborn forces at the core of continued inequities.

On the recent CNN series on The Sixties, you can see my father, NY Senator Jacob Javits, at the bill’s signing ceremony, standing by the President and Dr. King with a huge smile. He was there because he had the privilege of fighting for and voting for the Civil Rights Act. He noted that, “the heart and soul of the measure was the public accommodations section, which banned discrimination by race, color, religion or national origin in any restaurant, lunch counter, hotel, theater, sports arena or similar public facility.”

Leading up to the passage of the Civil Rights Act, the stakes were high. Some of the most entrenched anti-civil rights forces made their voice heard through violence, and the mood in the country was tense. Just months before Kennedy’s assassination, the nation reacted with stunned anguish when four young girls died in the bombing of the church that had been a base for marches in Birmingham. Shortly after President Johnson first spoke to Congress on the heels of President Kennedy’s assassination, three young civil rights workers disappeared and later were found to have been brutally killed by white supremacists.

In the aftermath of the Act’s passage, protests continued – one side pressing for implementation while resistance to the federally-mandated changes reached a fever pitch in the South. “Bloody Sunday” – with barbed-wire wrapped batons wielded by police and militias among other weapons – was nationally broadcast, with marchers severely beaten on the Pettus Bridge as they attempted to walk from Selma to Montgomery. My father went on television to forcefully state that this was “just not American” and urged the President to step in. The President ensured that the march was declared legal and brought in federal protection. A huge contingent walked peacefully across the bridge.

The civil rights legacy meets the stubborn forces of inequality.

Today, the challenge that confronts us is the unfinished business that Dr. King was starting to address as he began to organize a ‘poor people’s march’ just before his assassination to address economic inequality and its consequences. Economic inequities impact people of all races, but, given the legacy of racial discrimination, has had a disproportionately acute impact on people of color.

This year, President Obama announced the My Brother’s Keeper initiative to address the persistence of this gap and what to do about it as detailed in several studies. For example, the annual median income of African-American households in 2012 was $33,321 compared with the national median $51,017. The poverty rate for African Americans is almost twice the 15% national rate. And prison rates are also dramatically skewed:

Stepping up for social and economic inclusion.

Fifty years after the bravery of citizens and leaders led us to align our laws with the nation’s values, it is worth asking ourselves if we have the courage to step up to deliver on the opportunity for social and economic inclusion that these laws were meant to foster. To examine whether we have the stamina to back our values with the funding to underwrite policies that offer the necessary incentives. To look at our own attitudes and challenge ourselves about the kind of thinking that might cause us to perpetuate exclusion or alternatively foster success in the workplace for those who are often left out.

REDF and the supportive businesses it works with deliberately target employment to people who are otherwise unemployed at rates hovering between 50 and 70% because of their histories of extreme poverty, incarceration, homelessness and other challenges. As the statistics reveal, the majority are people of color. Why is this the case? Recent ‘blind’ testing of employment practices show definitively that racial discrimination in employment persists. Combine that with the aversion of employers to hire people who have been incarcerated (and the disproportionate numbers of people of color in prison) or have long histories of unemployment, the internalization of negative messages by those who are subject to them, and you begin to sense the difficulties people face when they are ready to transition into the workforce.

Fighting for the American dream.

We live in an era dramatically different from the 1960’s. While today’s battleground is still about racial inequality, it has also expanded to include economic opportunity and income inequality which impacts poor people of all colors, ethnicities, and nationalities. In fact affects all of us, as greater economic equality is closely correlated with economic growth.

Today, the action is not just in the government, but among employers who need to be engaged and motivated. Not with a hand out. But with a job that offers opportunity to those whose backgrounds may have screened them out, and pay that is sufficient to cover rent and groceries for their families. The action we need involves all of us demanding economic inclusion. And the action we need is for individuals who have faced tough times to face up to new challenges as they move into a competitive workforce.

The most crucial place for change is at home— in the cities with our neighbors and co-workers where we must have the courage to engage. We have the great and good chance to make decent work with decent pay a reality. If we as a nation could make the Civil Rights Act the law of the land 50 years ago, certainly we can find the compassion, the will, and the dollars to provide a better life for ourselves and our families: a roof over our heads, food on the table, a stable foundation to build this great democracy we continue to create together.

We hope you enjoyed this piece as much as our team did. If you have feedback, please feel free to share it with us.