Can Nonprofits Lobby? The Answer is YES! 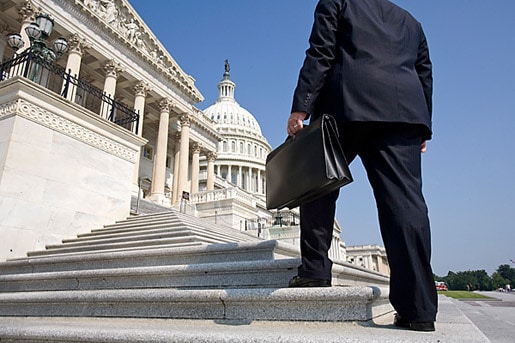 In 2017, 4,500 charitable nonprofits, including religious institutions and foundations, came together to stand against legislation that could destroy the nonpartisan nature of charitable nonprofits called the Johnson Amendment. By using their voice, these nonprofits helped educate the many elected officials who did not realize that one of the reasons nonprofits are so trusted is that they represent everyone. Because of their advocacy efforts, these nonprofits helped turn the tide, and the Johnson Amendment was not repealed.

While nonprofits cannot and should not engage in partisan political activity, they are allowed to advocate on behalf of their clients. Unfortunately, however, many nonprofits still believe they cannot lobby. In fact, this is one of the most pervasive myths within the sector.

As your resident “Social Mythbuster,” we are seizing this opportunity to set the record straight on this question – “Can Nonprofits Lobby?” The answer is YES, albeit with a string or two attached. While the Johnson Amendment does restrict nonprofits’ ability to engage in direct partisan activity, e.g., endorsing or contributing to political candidates, it does not restrict their ability to participate in public policy. Charitable organizations can and should advocate around mission-driven issues that impact our communities and our nation. First, tax-exempt public charities (not private foundations) can engage in lobbying if it is not a “substantial part” of the organization’s activities, according to federal rules. Second, these organizations can engage in unlimited advocacy efforts to educate legislators and their staff on their cause. It’s important to note the difference between lobbying and advocacy:

Advocacy, on the other hand, is much broader and includes almost anything that does not directly influence a specific piece of legislation. It includes the development of nonpartisan research reports or technical assistance given to a government body requesting input. Advocacy could include communicating your organization’s viewpoint with the general public or stakeholders, but not asking them to take action.

These guidelines only govern “lobbying” on legislative policies. In contrast, communications influencing executive, administrative or judicial policies are not deemed lobbying under federal guidelines. (Please refer to state and local laws, which may differ.)

Bottom line – Nonprofits can lobby and advocate their positions, but they must monitor their efforts and properly track time and expenditures of lobbying efforts to ensure they stay within the law. They must also file the proper reporting paperwork with the government. With advocacy now becoming a more popular tool in our social change toolkit, we must understand how to use it effectively to speak up on issues that matter to us, and those we serve.

If you are interested in doing more, we recently published a step-by-step process on how to integrate advocacy into your nonprofit. We encourage you to follow these issues at state and national levels by joining your state nonprofit association and through the National Council on Nonprofits newsletter.

Start speaking up today! We would love to hear what steps your organization has taken to lobby or advocate on behalf of the policies and issues affecting your clients.​

This blog article is meant to inform readers and does not constitute legal or financial advice. Please consult with your attorney and/or tax advisor before making any decisions regarding your organization.