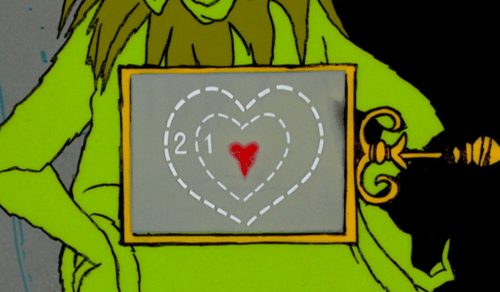 My favorite line from the animated holiday classic, “How the Grinch Stole Christmas,” is: “And what happened, then? Well, in Whoville they say that the Grinch’s small heart grew three sizes that day. And then, the true meaning of Christmas came through, and the Grinch found the strength of 10 Grinches, plus two!” In this spirit, I asked friends and colleagues their hopes and plans for the social sector and crowdsourced the following five resolutions that would make our hearts grow in 2017:

#5 – Supporting Tri-Sector Collaboration: Pressing social issues require creative solutions, and those solutions work best when they are rooted in collaborations between the public, private and social sectors. We have made some good starts in 2016 in cities across the nation, such as Detroit, Tulsa, Dallas and Cincinnati. This is a positive trend that should be applauded and accelerated in 2017. If we want to move the needle on homelessness, poverty or other issues, it will take tri-sector leadership and strategies from government, business and nonprofits.

#4 – Proposing Long-Term Investment: Long-term investments have a greater chance of yielding game-changing returns than quick fixes do. In 2016, we saw interest in addressing early childhood education as an investment strategy based on the idea that the more we invest in the future of children, the better their future and our future economy. Cincinnati passed Issue 44 in November. Known as the Preschool Promise, it is a school levy that generates $15 million each year for a 5-year preschool expansion. Quality preschool is one of the soundest economic investments we can make, with returns estimated at $2–4 for every $1 invested. The same argument could be made for criminal justice re-entry programs. Many communities are already experimenting with Pay for Success models to strengthen these programs. In 2017, we hope our leaders play the long game and begin to invest in ideas like these that have a huge future payoff.

#3 – Scaling Place-Based Success: When we come together with a comprehensive place-based strategy to address the interrelated issues of poverty, education and workforce, research shows that we are more than twice as likely to be successful. Over the past few years, we have seen great examples of place-based work led by Living Cities, the Knight Foundation and others. In 2017, we hope we will take this work to scale.

#2 – Selling Social Innovation: There is a “space race” among communities to be one of the country’s leading technology and innovation hubs. Equally important, yet lesser known – some cities are hoping to attract similar attention by investing in their social innovation. In a new economy, companies are attracted to communities that are thriving economically AND those with a thriving social structure. In 2017, I hope we not only seek out the next COOL technology, but also find ways to promote doing GOOD better.

#1 – Making the U.S. the Country with the Biggest Heart: Historically, the national giving rate in the United States has hovered around 2 percent of GDP. It has stayed the same despite amazing fundraising efforts such as Giving Days and Giving Tuesday after Thanksgiving. What would happen if the U.S. became the most generous country in the world? What if we raised our percentage to 3 percent or even 5 percent? We could unlock our potential and invest in important social programs that could change the future of our country for generations to come.

“Maybe Christmas doesn’t come from a store. Maybe Christmas perhaps means a little bit more.” Be more collaborative. Give your time, treasure and talent. Invest in our future. In 2017, let’s all resolve to grow our hearts three sizes bigger and perhaps do a little bit more. And as always, we would love to hear your New Year’s Resolutions for 2017.