4 Trends from the Aspen Ideas Festival to Spark Social Change 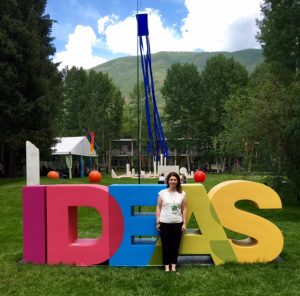 In the past 50 years, we have made real progress on many social issues because of people like you – nonprofit managers, social entrepreneurs, educators and students – sparking interest in issues impacting the world around them. In his speech at the 2016 Aspen Ideas Festival, Secretary of State John Kerry noted, “Overall, a child entering the world today is more likely than ever before in history to be born healthy, to have vaccinations, to be adequately fed, to be able to get the necessary education and more likely to live a long life.” We have every reason to be confident in the future, but we also need to “make the right investments” to continue this progress.

The Aspen Institute has been at the epicenter of sparking conversations that lead to action. As Walter Isaacson points out, “The Aspen Institute brings people together with different outlooks to search for common ground and make the world a better place.” At this year’s festival, I attended more than 30 sessions and had deep conversations with people from across the U.S. Throughout these discussions, four domestic issues surfaced as the hottest topics in the social sector and in our political discourse.

We hope you enjoyed this snapshot of the hottest social trends and sparks of success happening across the country. We would love to hear from you about this list and what conversations you hope are sparked during the upcoming presidential election.