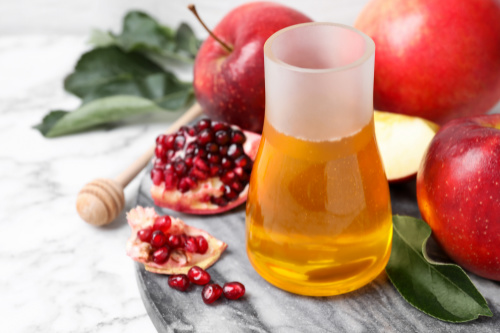 Last week, Jews the world over celebrated Rosh Hashanah, the Jewish New Year. Observers of the holiday participate in a tradition of eating apples dipped in honey and wish each other not just a happy, but a “sweet” new year. Interestingly, honey is mentioned 60 times in the Bible. Honeybees – which pollinate plants as they nourish themselves and live in a harmonious structure where each insect contributes to the welfare of others – reflect Jewish teaching that everyone can both be a giver and a receiver.

Within our own communities, many Jewish organizations are bringing this interconnectedness to the social sector. Today, we want to take this moment to share some of the ecosystem-building work that the Jewish community has led in the social sector and encourage the entire social sector to actively combat antisemitism.

Seniors: The Chronicle of Philanthropy did a special report in 2015 on the seismic changes ahead for charities as Americans age. This report created a ripple effect in communities across the country, prompting them to develop their own community reports, including one for North Texas that we had the pleasure of working on with The Senior Source and The VNA. The reports outline the problem, but Jewish organizations, in particular, across the country are already providing solutions. AgeWell Pittsburgh was formed in 2002 by Jewish Family and Community Services, the Jewish Community Center and the Jewish Association on Aging as a virtual agency to provide information and referrals to seniors and their caregivers. It has now become a nationwide example of collaboration (winning the LodeStar Collaboration Prize in 2017) as well as providing a one-stop shop for all the services seniors might need to stay independent as long as possible.

Advocacy: Like their Christian counterparts, the Jewish community has been a tireless advocate of improving our record on income inequality. It has been on the frontlines of the Earned Income Tax Credit as well as the recent increases in minimum wage. Groups like the Religious Action Center of Reform Judaism have been leading the charge to enact laws to help low-income workers. Now, with the rise of antisemitic incidents, it is crucial for the collective nonprofit sector to actively support advocacy and education through lessons from the Holocaust that combat antisemitic views.

Entrepreneurship: Innovation in the social sector has been in vogue for the past few years. The Jewish community was not only an early adopter of this philosophy, but it also built ecosystems to support entrepreneurial growth, especially among millennials. In 2002, organizations such as Jumpstart, Natan, The Samuel Bronfman Foundation, and Andrea and Charles Bronfman Philanthropies researched and developed support for emerging social entrepreneurs within the Jewish world. Later, Slingshot was created to highlight the most inspiring and innovative projects. Since 2005, Slingshot has helped more than 300 Jewish organizations in America get funding to support their work.

Just like the bees, nonprofits – with leadership from the Jewish community – are learning to work together to create an ecosystem that supports our collective work. We at Social Impact Architects have been privileged to work with many of these innovators across the country.