How Fatherhood Programs Are Helping the Next Generation 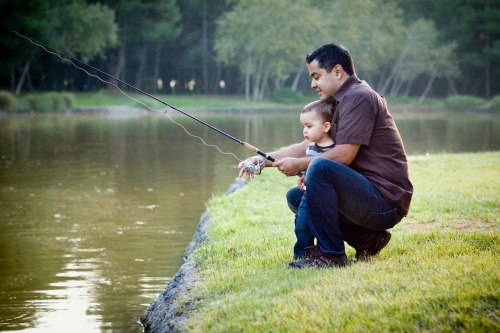 When I visited South Africa, Kruger National Park had an exploding elephant population. They had to move many of elephants to a nearby wildlife refuge, but they only had equipment to move the smaller ones – the females and the young. They couldn’t move the adult males due to size, so the father elephants were left at Kruger. What happened was interesting for scientists as well as psychologists – without their fathers around, the young male elephants started acting out. They terrorized other elephants. Even when their mothers intervened, it did little to change their behavior.

Through research, we know that young men often react the same way without a positive relationship with an older male. In the United States, 24 percent of children live in a fatherless home. Children without a father are more likely to experience a number of issues, including drug and alcohol abuse and child abuse. They are also four times more likely to live in poverty. Interestingly, we have also found that when a father figure is present, children are more likely to have higher academic achievement as well as a stronger sense of well-being.

As we approach Father’s Day, I’m excited about a new(ish) trend in the social sector – fatherhood programs. They are built on a significant amount of research that shows that fatherhood in whatever form it comes (e.g., uncle, male mentor, grandfather) matters. We have found a number of evidence-based practices that can be woven into social sector programs.

First, we always love a good social marketing campaign. The memorable Responsible Father Campaign features some amazing PSAs called “Dad Jokes” and “Rad Dads.” The one for 2019 is “Dance Like Dad.” Watch them all for a laugh and maybe a tear, too. Additionally, consider sharing them with your local media to use during their broadcasts. The Ad Council has a free toolkit to share and spread the word.

Second, we encourage social sector programs to investigate how they can provide a separate evidence-based “fatherhood” program, either on their own or in partnership with another organization. The National Fatherhood Initiative has awesome resources online, including a seven-step toolkit on how to start a successful fatherhood program. If you already have a program in place, benchmark it against their evidence-based programs to see if yours needs an upgrade.

Finally, we also encourage all of our readers to be an official or unofficial mentor to young people. I became a Big Sister through Big Brothers and Big Sisters on my eighteenth birthday, and it was the best gift I have ever given myself. I learned so much about life from my “little,” and it led me to my calling. Sadly, the waiting list for male “Bigs” is ridiculously long – more than 70% of “littles” who are waiting are boys and only three out of every 10 inquiries to volunteer come from men. The BEST way to thank your father for being a role model is to become one. It costs nothing, and it will be the best investment of time you have ever made.

On this Father’s Day, let’s celebrate all father figures who are stepping up to ensure the next generation is equipped and prepared for their future. And, in the social sector, let’s all step up our game to ensure that we have a program geared to their specific needs. If you have had positive experiences with your organization’s fatherhood program, please share so that more of us can give a young person someone to look up to.