How the Ice Bucket Challenge Still Teaches Us About Nonprofit Fundraising, Marketing and Storytelling 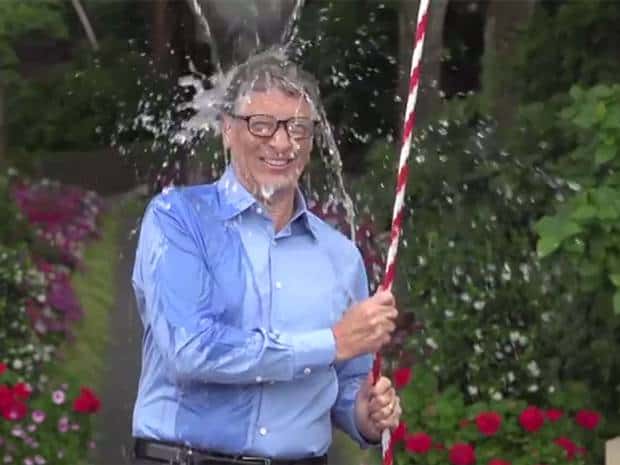 If you were anywhere near a screen eight years ago, odds are good that you witnessed the Ice Bucket Challenge. In my feed, I saw everyone from my then-8-year-old nephew, Dylan, to my city councilmember and Bill Gates participate. This viral phenomenon during the summer of 2014 earned a top spot in the annals of fundraising history for raising more than $115 million for the ALS Association in eight weeks.
Although the exact origin of the Ice Bucket Challenge is still debated, Pete Frates, a minor league baseball star was one of the inspirations behind it. He was diagnosed with ALS in 2012. Two years after his diagnosis, he became instrumental in promoting the challenge to friends and family. He later challenged President Obama, Fortune 500 CEOs and then-Major League Baseball Commissioner Bud Selig to raise awareness of ALS and support ALS research.
Last week, the ALS Association followed up with donors to let them know their efforts had paid off with the development of a new drug, AMX0035, that slows down the impact of ALS. The Ice Bucket Challenge not only raised awareness, but also led to a game-changing treatment. We thought we would recap what made this effort so special:
First, it was a great example of how the sharing economy had further evolved individual fundraising into a peer-to-peer model. Millions of people passed the “challenge” along to others, and it wasn’t just millennials.
Secondly, it was good marketing. In our training on storytelling, we urge social sector organizations to make their ideas “sticky.” This is a phrase borrowed from our friends, Dan and Chip Heath, in their classic book, Made to Stick. They developed the SUCCESs Model, which we encourage all our nonprofit friends to keep handy as they develop, improve and launch their own marketing pushes. The Ice Bucket Challenge is a prime example of a “sticky” campaign. Here’s why it was destined to be such a success (or SUCCESs):

People are inundated by many messages, so yours has to be simple to ensure it sticks. What could be simpler than someone dumping ice water over their head? The challenge also made it easy to communicate by using social media. Clicking “share” allowed the 17 million people who made Ice Bucket Challenge videos to distribute them to their followers in an instant.

People love surprises and the expressions after being doused alone were priceless. As amateur voyeurs, we loved seeing it and sharing it with our network. It just made us want more. When developing your messages, think about how they can be simple, but also add a twist to create the unexpected.

Messages have to be direct and concrete. The challenge was to either pour ice water over your head or give money within 24 hours. And the money was going toward something concrete – finding a cure. We loved that the ALS Association has stayed accountable to those donors, even sending a status report as recently as last week.

The Ice Bucket Challenge also got a push from celebrity participants – from Bill Gates to George W. Bush. Messages can benefit from credible individuals – celebrities, experts or the media – endorsing them.

Most charities use the emotions of sadness or happiness to motivate awareness and giving, but we encourage people to think “outside the emotional box.” The Ice Bucket Challenge used surprise as its main emotional driver, but it also subtly appealed to our innate competitive drive to motivate people to contribute.

Research shows that our mind responds powerfully to stories. We need to leverage the stories of our cause – how our clients change their lives and how our volunteers make a difference. The Ice Bucket Challenge created a funny story line, which starred our favorite people and was grounded in a good cause. How could we not pay attention?

The Ice Bucket Challenge, intentionally or not, used this formula to generate one of the most SUCCESsful viral fundraising campaigns in history. Of course, the real challenge became how the ALS Association used the Ice Bucket Challenge to continue the conversation, cultivated its more than 3 million donors and activated support for its cause long-term. As the graphic above shows, there is no doubt that it made a tremendous impact on ALS research and gave hope to individuals with ALS around the world. As Pete Frates said about his role as an advocate for ALS research: “Being part of something bigger than yourself is one of the best things you can do.” We would love to hear your thoughts on the Ice Bucket Challenge or other successful viral fundraising campaigns.