The Do’s and Don’ts of Nonprofit Crowdfunding 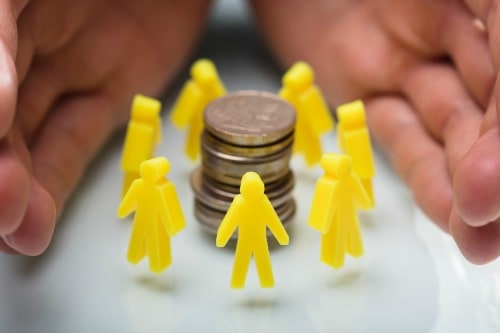 In August, I watched in amazement as 12 crowdfunding campaigns for the Afghan people went viral across Facebook and Twitter. One campaign raised more than $5M in 24 hours – its original goal was just $550,000. These groups transformed interest in their mission into real support for their work – one individual gift at a time.

In an effort to dive a little deeper into the topic of crowdfunding (the good, the bad and the ugly behind it!), I have asked fundraising expert, Tawnia Wise, CFRE, CEO of Wise Resource Development, to join me in exploring this topic. Tawnia has over 15 years of fundraising experience producing walkathons for the Cystic Fibrosis Foundation.

While the birth of crowdfunding is often attributed to the rise of online platforms such as IndieGoGo and Kickstarter in 2008, its roots trace all the way back to the 18th century, when Alexander Pope asked individuals to help him publish the first volume of his English translation of Homer’s Iliad by giving through a “subscription method.” This involved them paying a certain amount in exchange for a shout-out in the manuscript.

The true rise of the modern-day crowdfunding phenomenon started with walk events, which can be traced back to the 1969 CROP Hunger Walk in Bismarck, North Dakota.

The power of many people making small contributions to create change is a true reflection of the fabric of America. Crowdfunding gives might to the masses. It allows every voice to matter and can be a powerful tool for impact.

So, it is not surprising that IndieGoGo, and other platforms like it, saw the opportunity to leverage crowdfunding to democratize innovation by moving many people to pool small amounts of money to finance projects they want to see succeed.

Crowdfunding is a great way to build brand awareness, and it has become a popular way to fundraise by nonprofits, for-profits and even individuals. Thanks to social media, many of these efforts have gone viral, such as the Ice Bucket Challenge. In fact, the crowdfunding industry has grown to generate $17.2 billion a year in North America alone. Still, this is not simply a “build it and they will come” approach. Success does not happen without a thoughtful campaign strategy.

Here are some tips that will help your crowdfunding campaign stand out:

DO have a call to action with viral potential
Successful crowdfunding projects have a tangible call to action, such as electing the first African American president, desperately finding a cure for a loved one in a health crisis or reuniting scared children with their parents at the border. Donors want to believe their contributions matter – their gift is a way to take action. The Flyaway: Emergency Afghan Rescue Mission campaign is a terrific example of a group harnessing global concern about Afghan refugees and giving donors a meaningful way to contribute to that cause. It also had a clear ask. The group expertly connected their value proposition as an influencer and group committed to the cause with a relevant, time-sensitive project that was part of a national conversation. Crowdfunding has a short window of time, so creating buzz quickly is key.

DON’T expect to build momentum without your existing advocates
One of the most important elements of crowdfunding is the opportunity to give your advocates the microphone. The most influential voices in a campaign will be those most impacted by or familiar with your work. Leveraging advocates amplifies their voices and helps your work reach a broader audience. The American Cancer Society has always made great use of storytelling to lift up the voices of survivors and their loved ones. Now, crowdfunding initiatives allow their supporters to play a more active role in their fundraising efforts. In fact, hundreds of active campaigns for the American Cancer Society can be seen right now on Facebook in honor of the birthdays of those with a personal connection to the American Cancer Society’s work.

DO make a direct and specific ask
One of the key success factors of crowdfunding (and of storytelling) is to be direct in your ask and provide a suggested gift amount. In fundraising for walk events, I found great success with email templates that started with something like, “If everyone I sent this email to gives $25, I would hit my goal.” This works because you are making the decision easy for the recipients. Think about it: if you send an email with a bunch of words and no clear ask, people will immediately set it aside for when they have more time to read and consider it. And that time may never come. With a “soft” (or unclear) ask, you put potential donors in the uncomfortable position of having to think too much about what you are really asking for. If they give it much thought at all, they may wonder, “What is an appropriate gift? Is my friend wanting $10? $100? $1,000?” If the very specific ask and call to action is front and center, however, you’ve eliminated the guesswork and made it easier for them to take immediate action. They are more likely to think, “$25? Yes, I can do that. I can even do $50, and now I am a hero!”

DO pay attention to the feedback
Crowdfunding gives you immediate feedback from the market. Projects that fill unmet needs of the community and speak to the ethos of your audience take off, and those that don’t fail. While it is always disappointing to fall short of a fundraising goal, failure in crowdfunding may indicate that the organization should focus its efforts elsewhere or reconsider its marketing message.

DO find a crowdfunding platform that works best for you
When selecting a platform, consider usability, cost and the audience you are trying to reach. A blog post from Merchant Maverick provides a helpful framework for reviewing platforms as well as their top picks. They also remind nonprofits to ensure compliance with state fundraising laws. Nonprofits can unwittingly break the law by launching major crowdfunding campaigns without being registered as a charitable nonprofit in states where donors live.

DON’T launch a campaign without planning to communicate impact
Donors want to know how their contribution helped you make an impact. Before launching your campaign, create a plan to communicate with donors along the way. DonorsChoose.org is a crowdfunding website where public school teachers can post their students’ needs (e.g., field trips to the science museum or lab equipment) to be funded by many individual donors. In return, donors are promised photos of the outcome, along with letters from the teacher and students. This is a great way to connect investors to the direct results of their donations.

Crowdfunding is unlikely to replace your other fundraising efforts, but it’s a smart way to diversify your revenue streams and get exposure to new networks. If this is an idea you’d like to explore further, try this step-by-step guide. If you’ve already tried crowdfunding, please share your do’s and don’ts with our TrendSpotters.