What is Social Intrapreneurship & How Will It Help Nonprofits and Social Entrepreneurs Create Positive Change? 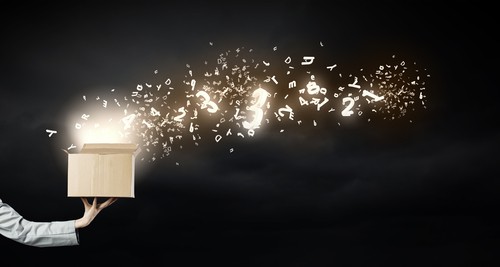 When I started my jobs at the Phoenix House and later at the American Heart Association, I was an idealist. Like so many others, I was thrilled to have a job “making a difference.” By the time I left those positions to pursue an MBA at Duke, I had become a pragmatist. I recognized that we needed a new way of thinking to make a difference in the world, and social entrepreneurship was my philosophy of choice. It blended the best of the business world and the social sector – taking risks on behalf of those you serve. However, in business school, the focus seemed to be on social entrepreneurs starting their own businesses. This made sense in some cases, but sometimes seemed difficult to justify. In the United States alone, we have more than 1.5 million nonprofit organizations fighting issues domestically and internationally – what if social entrepreneurs used these existing organizations as their launchpads? In fact, without realizing it, that was what I did at both Phoenix House (where I was honored to help start numerous programs) and the American Heart Association (where I helped co-found the Alliance for a Healthier Generation). I realize now that I learned how to be a social entrepreneur by first being a social INTRApreneur.

Benefits of Social Intrapreneurship for Entrepreneurs
While there are distinct benefits for entrepreneurs to start a venture on their own, there are also two significant disadvantages. First, entrepreneurs often have to skimp on resources to turn their ideas into reality. However, as intrapreneurs, entrepreneurs can gain access to a sophisticated resource pool, which can often help them cut their learning curve. At the American Heart Association, I could tap experts in science, marketing and technology. When we were starting the Alliance for a Healthier Generation, these resources were key in ensuring that the start-up was not only successful, but also cutting-edge. Secondly, the holy grail of entrepreneurship is scale – everyone wants to take their idea into the mainstream. As an entrepreneur, this is much harder to accomplish on your own. However, as an intrapreneur, it is far easier to use the resources and network of your organization to take an idea to scale. When I first developed the initial idea behind the “Healthy Schools Program,” it was just a concept. It was a team effort to transform it into a successful, research-based program that was eventually supported by the Robert Wood Johnson Foundation. I wonder today how many social entrepreneurs would be better off incubating their ideas within an established organization with access to capital, resources and a network.

Benefits of Social Intrapreneurship for Nonprofits
There are also advantages to the nonprofit sector to embrace social intrapreneurship. First, many organizations have been predicting the talent deficit facing the nonprofit sector. If nonprofit organizations can embrace social intrapreneurship, they will have access to a much larger talent pool interested in large-scale impact. The American Heart Association, to its credit, understood talent acquisition and retention. The leadership, including now-CEO Nancy Brown, let me invent, lead teams and grow in multiple roles within the organization. If other nonprofits follow this lead, MBAs and millennials will flock to these nonprofit organizations and bring an influx of passion and skills to age-old social issues. Secondly, many century-old nonprofit organizations are dealing with entrenched issues, such as poverty and education, and have therefore built traditional bureaucracies that often inhibit out-of-the-box thinking and risk-taking. Social intrapreneurs can bring fresh thinking to these discussions and help find new revenue streams, create new markets and enhance brand-building.

How to Embrace Social Intrapreneurship
We know shifting toward a culture of social intrapreneurship has the potential to yield great rewards. Rather than driving millennials and MBAs toward new social enterprises, social intrapreneurship has the ability to attract a deeper talent pool for nonprofits while helping them drive impact within the social sector’s existing organizations. Based on our research and experience, here are four components that we believe are essential: